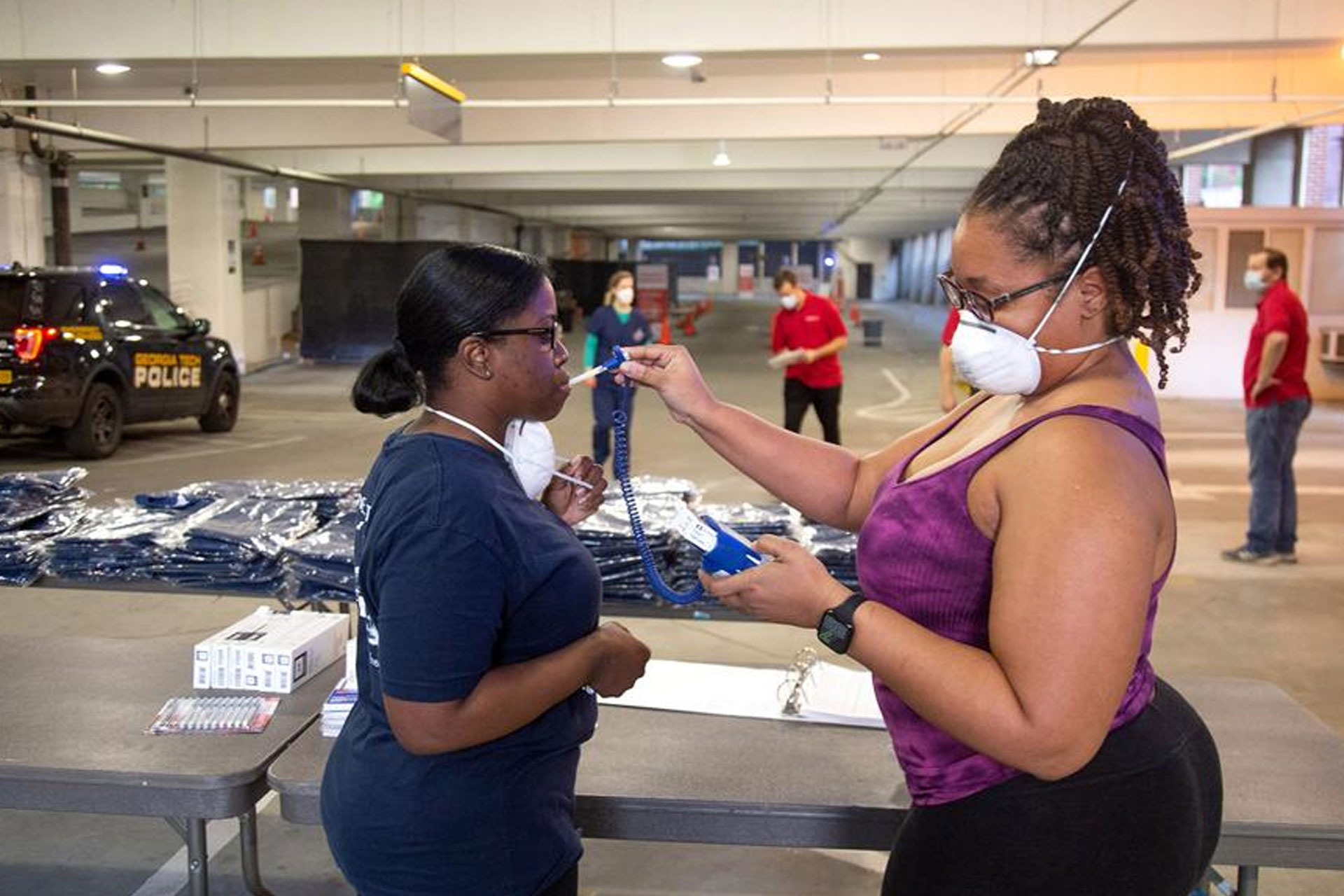 Ipsum Diagnostics, in Sandy Springs, last week earned an emergency use authorization (EUA) from the U.S. Food and Drug Administration for a test protocol it designed in-house. FDA has granted only 28 EUAs for COVID-19 tests as of Monday.

Lauren Bricks, co-founder and COO of Ipsum, said the company is working to secure contracts with major health systems, rural hospitals and other institutions. She said Ipsum, which has about 30 employees, is capable of processing 4,000 tests per day, with round-the-clock processing. Ipsum can return results within 24 hours of receiving specimens.

“The plan is we will do it until it isn’t needed,” she said.

CVS nurse Evelyn Larson goes through the steps to check-in in preparation for the opening of the COVID-19 drive-through testing center in Atlanta on Monday.

Lab leadership saw the potential COVID-19 threat to the U.S. in late January and began work on a testing protocol. The CDC developed its own testing protocol, but Bricks said her team recognized that there would be a run on supplies by other labs to support the CDC’s testing regimen and Ipsum decided to develop one independently.

Ipsum obtained samples of the virus’ genome from a unit of the National Institutes of Health and spent weeks designing and proofing its protocol to meet FDA’s EUA requirements. Ipsum partnered with Omega Biotech of Norcross to obtain extraction kits to sample patients, Bricks said.

Ipsum’s test protocol is for a high-throughput system known as QuantStudio 12K Flex, that allows the lab to process nearly 400 specimens at a time. When Ipsum started its FDA application, the sole approved protocol at the time was for a system that could process fewer than 100 specimen at a time.

Bricks said labs across the country that use the same equipment can use Ipsum’s protocols to start their own processing.

“Every single employee here put their heart and soul into this,” she said.