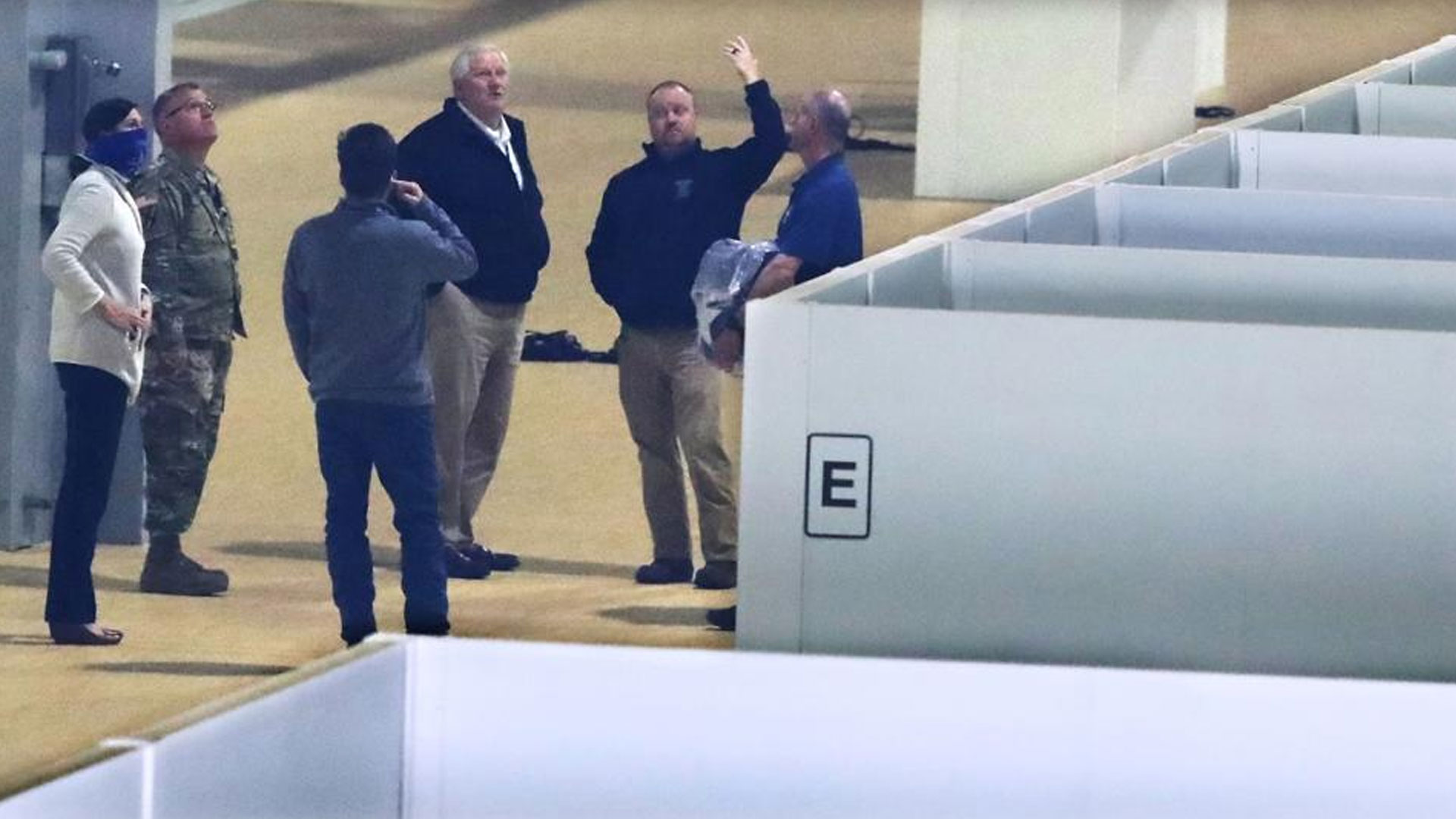 Georgia will dramatically expand testing for the novel coronavirus, following weeks of diagnostic rationing that obscured the pandemic’s full effects.

For the first time in Georgia, tests will be offered to anyone displaying symptoms of COVID-19, the disease caused by the coronavirus, state officials said Wednesday. Those symptoms include fever, fatigue and a dry cough.

But the state’s public health department has only 5,000 test kits on hand, a tiny fraction of the number that experts say are needed to track and contain the virus. The state has signed a contract to buy additional kits from a Sandy Springs-based company, Ipsum Diagnostics, which recently received emergency federal approval to deploy its newly developed tests.

Ipsum has “assured us they can supply the kits we need,” said Nancy Nydam, a spokeswoman for the Georgia Department of Public Health.

Georgia has ranked 45th among the states and the District Columbia in per capita coronavirus testing. Since the outbreak was first detected in Georgia last month, state officials have reserved tests for those with the most severe COVID-19 symptoms, health care workers, residents of nursing homes and other long-term care facilities, and others who are considered most vulnerable to the virus.

As of Wednesday evening, 15,260 Georgians had tested positive for COVID-19. That figure represented an increase of 682 cases in 24 hours.

Georgia’s death toll from the virus rose Wednesday to 576, up from Tuesday’s total of 524. In the past seven days, state officials have reported 141 coronavirus-related deaths.

Even with limited testing, Georgia has more confirmed coronavirus diagnoses than all but 10 other states. That alone, according to public health experts, shows that state officials have vastly undercounted the number of Georgians who have contracted the virus.

Without an accurate picture of the virus’ pervasiveness, officials cannot predict with certainty when cases of COVID-19 will peak, hampering efforts to isolate infected groups and prepare hospitals for a surge of critically ill patients.

Existing protocols have denied testing to untold numbers of Georgians who have been sick for weeks.

Camiley Constantine’s experience with the coronavirus began in late February, when her 12-year-old daughter developed a fever that she couldn’t shake for three weeks. No test kits were available at Children’s Healthcare of Atlanta-Egleston Hospital, she said, but the hospital’s infectious disease team told her, “You need to go home, and you need to stay there.”

Constantine, 37, had to keep going to work at the educational consulting firm where she is a project manager. She quickly began developing symptoms, she said. About a week after schools and many businesses began closing in mid-March, “I couldn’t take a full breath without coughing.”

At Emory University Hospital’s emergency room, “they said they were rationing the tests,” and doctors sent her home, Constantine said. Last weekend, her breathing labored, she returned to the emergency room. She was kept overnight Sunday but discharged Monday morning, still not tested for the coronavirus despite her serious symptoms.

“They were like, ‘We need the beds,’” Constantine said Wednesday.

Constantine still coughs — frequently — but her daughter and her boyfriend, who also took ill, are feeling better. She is frustrated by the lack of testing.

Constantine said she would have quarantined herself earlier if she or her daughter had tested positive. “We would have put our foot down in terms of potentially exposing other people.”

At a news conference on Monday, Gov. Brian Kemp and other officials said expanded testing is a top priority, along with creating additional space in Georgia hospitals before an expected surge in critically ill patients.

“We know we need to ramp that up and ramp it up quickly,” Dr. Kathleen Toomey, the state’s public health commissioner, said of the testing capacity.

Georgia is now operating 35 testing sites and intends to set up more. Anyone with coronavirus symptoms can make an appointment for testing by calling a county health department or after getting a physician’s referral. Health departments will screen patients over the telephone and direct them to a testing site.

Most specimens will be collected at drive-through sites, which limit contact between people who may have the virus and health care workers. Some so-called rapid tests can show results in a few hours, while others require more extensive analysis in a laboratory.

After being in such short supply, enough test kits have become available in recent days to test every resident of long-term care facilities when evidence emerges of a potential outbreak, said Dr. S. Elizabeth Ford, who oversees the health departments for both Fulton and DeKalb counties. In many facilities around the state, dozens of residents have tested positive.

“We have an abundance of tests right now,” Ford said. “We will send a team out and just check everybody because it’s best to just know, and the new test that we have has a more rapid turnaround.”

Because of the coronavirus outbreak, Atlanta Fire Rescue paramedics (left) and Grady ambulance crews (right) take extra precautions with gloves and masks during every medical call to which they respond. This call on Wednesday, April 15, 2020, was for a man unconscious in the 900 block of Huff Road at Westside Heights, according to Sgt. Cortez Stafford, public information officer for Atlanta Fire Rescue. JOHN SPINK/JSPINK@AJC.COMPhoto: JOHN SPINK / AJC

The testing expansion is key to determining when it would be safe to ease social-distancing requirements, such as Kemp’s shelter-at-home order, now scheduled to expire April 30.

Kemp has been reluctant to predict when restrictions can be lifted, although rising unemployment and business losses are creating pressure to restart the state’s economy. Computer models suggest Georgia will experience peak demand in its health care system on May 1. The models also show the number of deaths per day continuing to increase until May 3.

Kemp made clear that the question isn’t when the state will return to normal.

Rather, he said, the question is, “What is the new norm going to look like?”